Pisces' dance in the shimmering light 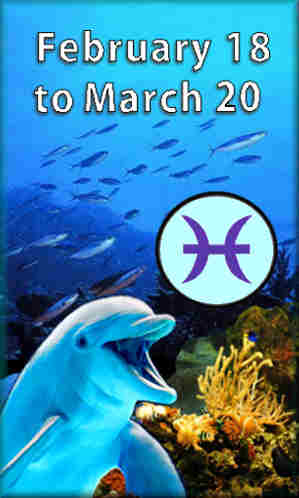 When light reflects in water, the imagination is stirred!

In the final month of winter, the warming waters are flowing freely again.  Now, as Pisces’ dance of light and water creates its’ shimmering glow,  it is clear that the present round of lessons has come to an end—and it is time to release ourselves from all attachments. In this warming  light, the liquid waters are quickening the wishful seeds-of-thought (that were defined last month in Aquarius).  They are now in the process of completing their transformation into new forms of being.

In this mix of light and water, all past-and-current hopes and desires are merged together.  The resulting feelings stir the imagination, as they create faith in one’s purpose.  This inspires every individual to start the new creative adventure—that begins with Aries.

Dance in the Universal Solvent of water

In Pisces’ dance of light, the universal solvent of water is stirred—to mix all past thoughts, sensations and feelings together—to create a  sense of wholeness and a new creative purpose. This  dance of light and water creates a shimmering glow, as it illuminates the emerging fantasy, that is forming in one’s imagination.

With this new wholeness, there is a ” separation from all of the other” and the formation of a new identity.  Every venture must end, so it can begin again.  This is why Pisces is considered to be the final step in Nature’s 12 step creative process.

In this final month of Winter, the Mobius patterns of mutability are activated by the warming light.  What “was paid forward” in previous years—or perhaps in the service you offered at Virgo’s harvest at the other side of the Zodiac wheel—will not be returned!  Your efforts has gone full circle. What you have sowed, you will now receive.

The more enlightened of your Pisces friends will tell you that you’ll receive greater returns, when you empathize with others.  For it will be this sharing that will strengthen your sense of purpose and keep you connected to  Nature’s rhythms and the greater currents of your destiny.

With this renewal of spirit within, one finds the faith to begin a new  journey of  self discovery.  It  begins next month, when the Sun enter Aries. 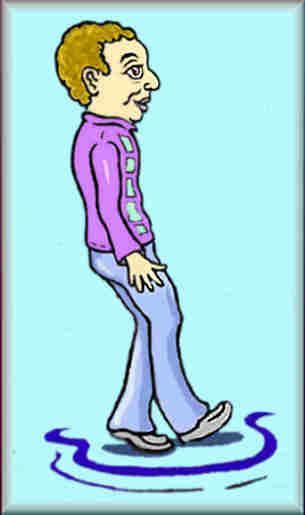 Neptune is the ruling planet of Pisces. This planet is the Lord of the Ocean who reigns over liquids, oil, perfume, fishing, and all things nautical. This planet represents the higher octave of Venus and all of the artful illusions created in the imagination or in altered states of mind. Thusly, narcotics, anesthetics, alcohol, psychic phenomenon and the “need to escape from reality” are all said to be governed by this planet.

The feet are the part of the body ruled by Pisces.  This makes Pisces the most empathetic of all of the signs since they are so willing to walk in the shoes of others. Appropriately, all of the nerve meridians in the body connect in the feet. These sympathetic connections carry the healing messages to all of the parts of the body, so that each component can makes its contribution, to keep the body whole and healthy.

View Body Language of ALL Signs
To view the walk of all of the signs, got to our YOUTUBE CHANNEL

Celebrities with a Pisces Sun

When Pisces dances in the light, the different elements are stirred together in the mix.  These alterations are illustrated  in these five Pisces celebrities, who were born with different Moons and Ascendants.

These watery reflections are colored by the other components in their astrological charts, but all have the large lidded eyes, saturated flesh and skewed features of mutability. These features appear to suggest the qualities of a fish.

Ellen Page shows the look of a “deer in the headlights”, a product of her excitable Sagittarius Moon. The Centaurs ruling planet Jupiter is in Pisces, this excitement is often expressed in exaggerated emotions.

Michael Bolton displays the fire and drama of his Leo Moon, as well as the long facial mask of his Sagittarius Ascendant. These fires often keep his emotional temperatures cooking. It is often difficult to see the liquid mannerisms of his Pisces Sun.

Willam H. Macy often plays roles of characters who appear lost and confused. Also, when he gets emotional, his temper tantrums become grumbling rants of discontent. His Moon is in Capricorn.

Justine Bateman shows the thick eyelids and skewed facial features of the fish. Otherwise, she seems to be emotionally distant and locked into the world inside her head. Her Moon is in Aquarius.

Mitch McConnell is the majority leader of the US Senate. Many people say he has the dubious appearance of a turtle. (Ah, at least it is also a water creature).  With a Taurus Moon and a stellium of three planets in Taurus, Mitch also is very stubborn. 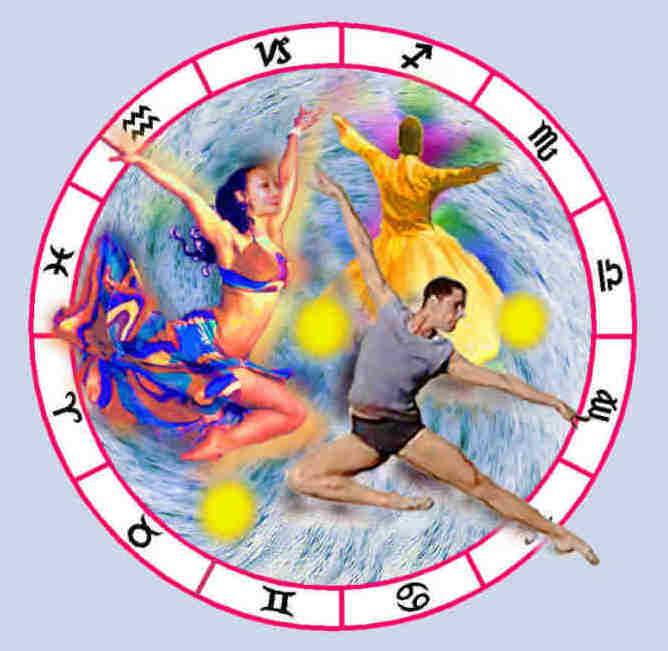 The Seasonal Process Continues Throughout the Year

In the past year, the four Seasons have given us this Year of Dancing Lights, and it was all  beautifully illustrated by the art of astrology and its’ twelve Zodiac Signs.  In Pisces’ dance of light, this process ends, as the “four repetitions of three modes of action” complete the twelve divine steps in Nature’s process of creation.

As we have learned in this Pisces lesson, the process never ends, it just continues on next month, when the Sun moves into the  masculine sign of Aries. There, once again, a new sense of spirit will be reborn as the highly directed forces of the Spring Equinox propel all individuals to pursue new actions and discover new creative avenues of self expression.

Another adventure begins dance, at the Equinox of ARIES